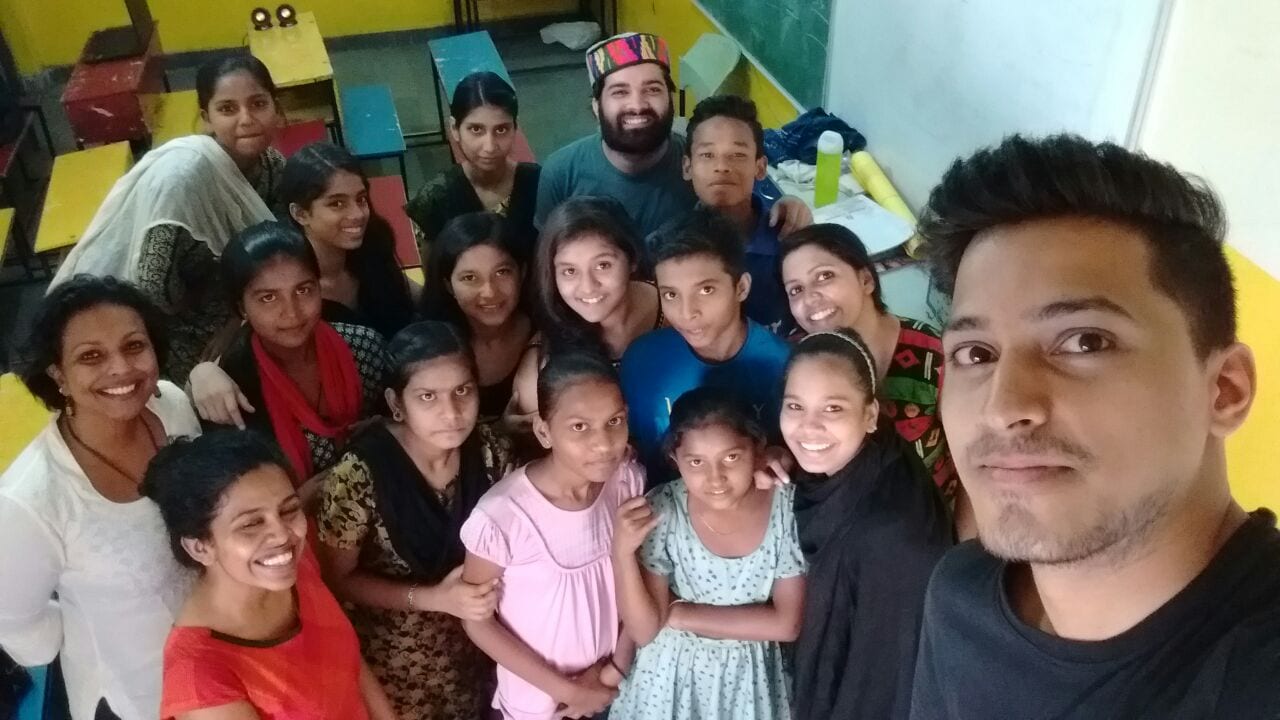 “Hidden Pockets presents Pocketshala”
When these words were played on the speakers our hearts were on the seventh cloud because our work of months and imagining of creating a support tool to talk about issues has finally come true. Talking to young people about things has always been a difficult task. The attention span of young people is short, one moment they are listening to you and the very next moment they will move on to next interesting issue around, creating things which will keep their interest intact in the issues is very difficult. A young person tends to ignore heavy or boring sessions.

It is very important to understand that young participants usually tend to take time to understand issues such as bullying, body shaming, health and hygiene etc. As a facilitator we have to keep adding new tools in our handbag to inform young kids. 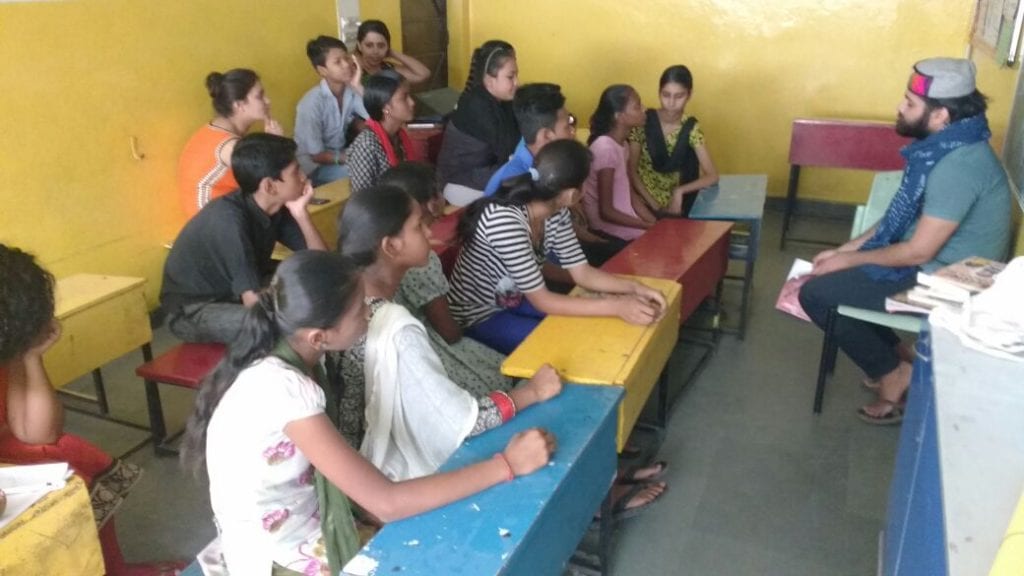 One way which has always worked with children has been the art of storytelling. Since our childhood grandparents have been using the art of telling stories. The art from the past, in our modern world has taken the form of  podcast. Creating stories based on issues such as mensuration, bullying, health and hygiene, relationship etc. has given us a space to start the conversation. In the workshop at Deepalaya we started our session with the first podcast on bullying which has a lead protagonist named Rahul who is being bullied by some kids at school and how his friend Neha helps him out. When the podcast was being played silence was there, which was telling us that there is surely a Rahul in the schools of these kids. Many kids had difficulty in understanding that bullying is not just  physical violence but it also can be when a specific kid is being targeted because of his appearance.  For many of them calling each other names about their skin, height, weight or facial features was a normal thing but at the end of the session they were able to relate to Rahul’s feelings of being bullied and methods to prevent this to happen any further.

It is a well-known fact that when we listen to a story we tend to remember it. The idea behind making podcast in a story telling manner is to create such stories which will remain in children’s minds. The first workshop also created a taboo discussion on urinating in public where two young boys were not able to understand that why urinating in public is a privilege given to male gender and for females this is not the case. On the other spectrum girls at the session have consensus on that if some men urinate in public it has always made them uncomfortable. A lot of questions were also raised such as why children themselves do not clean the toilets at their home though they are the one using them. The discussion was obviously was intense for young children but our aim was just to make them think through the process of being open minded.

With a lot of questions being raised and discussed many children were able to give solutions as well as especially when it came to tackle bullying. Initially children had the idea that if anything happens they should always call the police first as they were never exposed to any other option to resolve such a sensitive matter. Just like in the podcast where Neha goes to the teacher and ask for help who is the immediate authority they also agreed that going to a teacher is a best option to stop bullying or taking a stand for the person being bullied.

Towards the end of the workshop, there was discussion on health services programme in schools  and they were quick to address that most of them had a health room in their schools but were clueless regarding usage of it. They were also not aware of the government’s policy on adolescent health programme where they could go to hospitals and access health services.

The workshop which was conducted with the help of audio podcasts is a helpful way to tackle usual challenges a facilitator face in  workshop with young participants. Hence it could be a way to start a conversation or break the ice of awkwardness when it comes to talking about serious issues with young accomplices.  The whole idea to create these audio recordings was to make sure that our message will remain in their minds and whenever they face such issues they should be fully aware of their options.

About the Author : Jitender N Bhardwaj is a nomadic traveler who often enjoys long walks in untraditional parts of a city. He as been associated with Sexual Reproductive Health and Rights field since 2014 and loves talking about sexuality and pleasure.

PS: The audio podcasts were created along with Painted Tree Pictures, with the help of Women Deliver.