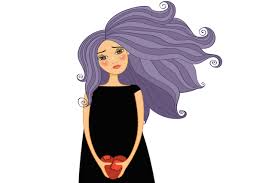 We answer your doubts around sexual and reproductive health.

Yes it is about an exorcism ! It’s about how I chased a demon out of my life.

I met this amazing man in Goa. Handsome, educated, from an affluent family and I fell on my knees the very first time I met him and soon he asked me out. Eventually we became the most celebrated couple in our circle. Things were all well and good for the first 7 months and then boom, we decided to take it to the next level,

We both Virgins; decided to have sex one fine morning.

Stress was circling around us but we did it… YES- we did it and miserably failed – anxiety and fear over ruled our hormones. But we never quit, tried over and over again, and we did it.

Pain and pleasure of passion, mourns and murmurs.

I touched him, kissed him and circled around him like he is the sacred gift sent from up. I spent every breathing moment consumed by his presence around me.

But then things started changing, our happiness started fading each day.

But what more? I was confused! I was giving my all- Love , Sex, Money and what not.?

Doing his laundry , his assignments, work excels and everything I can. And I believed it’s the duty of a good girlfriend. Still I was lacking something.

He replied to my Love texts in a rough way saying “it’s your problem that you love me so much, did I ask you.?” And he started comparing me with his endless list of ex girlfriends. I was heartbroken but still did all my so called duties.

Our days were filled with arguments and I sobbed all nights wondering where I went wrong. Our changes were noticeable and my near and dear ones started questioning my dark circles.

I was unable to listen to those who watched me struggle and spent 3 years doing everything I could to try to force a man to love me, and in the process I forgot how to love myself.

For 3 years I chased. I begged. I cried. Nothing seemed to work. He would come around when he wanted sex but would push me away when he got his fix. It was a never ending cycle of depression and humiliation.

I became insomniac- Never touched my pen to write my heart out, never said a word to my parents.

Still, I couldn’t stop loving him. I was afraid that if I did he would forget me. For 3 years I lived in fear of losing someone I deeply loved but never really had in the first place.

I slaughtered my dignity with my crazy behaviour, and I still couldn’t understand why he would treat me with such little care. But how could he not? I treated myself with so little love and respect, why would he treat me any different?

I tried to kill myself, tried to run away from the place – My friends were there to save me.

And slowly, I was able to move on. Then months later he told me he loved me. He wanted a second chance, he wanted to be a better man- he wanted me back.

But I already read the book- I knew how the story ends!

I chased a man who never really loved me because I was emotionally sick.

I think the hardest part of this three-year ordeal was accepting that my perspective of reality was just a fantasy I had created in my mind. It was hard to come to terms with the reality that he is less than perfect.

Part of me hates myself for holding on for so long. I could have saved myself years of heartache and gallons of tears if I had just accepted that I couldn’t make him love me. Instead, I spent years questioning over and over why he couldn’t.

Loving someone who doesn’t love us back, or even worse, someone who loves someone else, is the most painful thing in the world. But the most important thing we can do for ourselves is accept that certain things are beyond our control and take responsibility for the things that are.

We need to listen to that inner voice that tells us we deserve to be loved. And we need to accept that some people will never love us, no matter what we do.

Aadhira : Just a small town girl trapped in a big town. Amature at everything. I live for the moments you can’t put into words, and few things transcend a cup of coffee and someone to share it with.
Hotelier by profession. Still living the quarter life crisis.