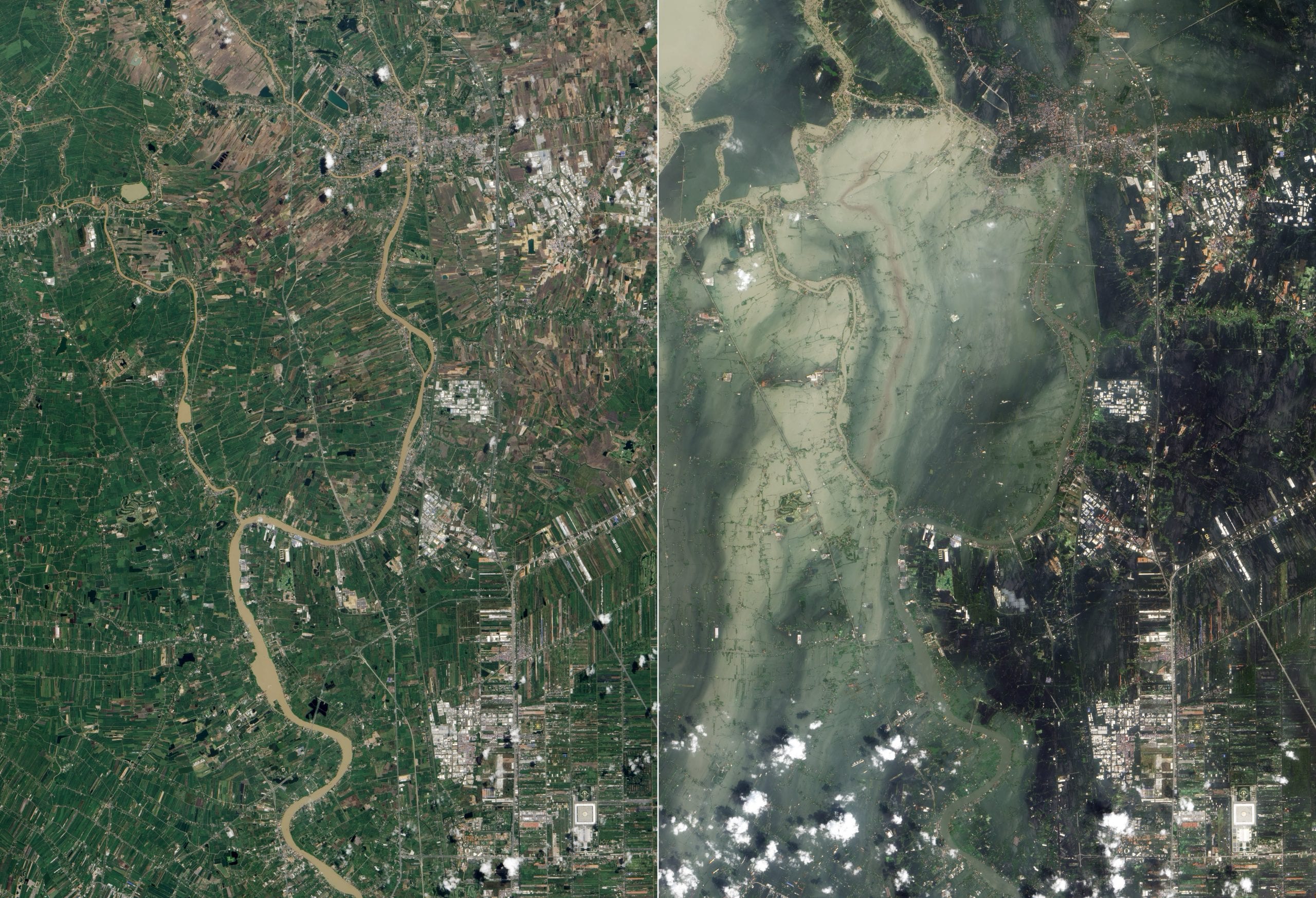 A few years ago, while I was in graduate school, a couple of my close friends and I were discussing random topics over some dinner and drinks, when the conversation suddenly veered towards our plans about having children. As I heard my friends talk about the interviews regarding the “right” time to have kids, number of kids to have, etc., I remember being surprised by the realization that for my friends, having kids was an inevitable aspect of life. So, when they asked me about my thoughts on the issue, I couldn’t help but feel a little embarrassed for saying that I did not intend to have children. Ever. Though not entirely shocked, my friends immediately jumped to ask me the reason(s) behind this decision. Feeling somewhat relieved by their response, I was quick to answer that in addition to simply not liking children, and never having felt the maternal instinct, I didn’t think it was ethical to bring kids into a world that is very likely to be ravaged and transformed by the impact of climate change in the coming decades. My friends rolled their eyes, and almost gasped at the fact that I could let climate change dictate my decision to not want kids. To them, it seemed like a ridiculous attempt at justifying my disinterest in having children.

However, nearly five years later, except for not feeling embarrassed anymore, nothing has changed regarding my decision about not wanting to have kids or about the reasons that dictate this decision. In fact, if someone were to ask me about the decision today, climate change would now rank higher among the various reasons that I would cite for not wanting to have children. This is because climate change has now become an unfortunate reality of our time, something we can’t deny or brush under the carpet. It’s not something that will happen fifty or hundred years from now. It is, in fact, happening right now. All around us. From instances of severe droughts and intense heatwaves, to stronger hurricanes and flooding, which have been witnessed across the world over the past couple of years, and with 2016 set to be the hottest year on record, we now inhabit, what the American environmentalist, author and journalist, Bill McKibben, calls a “tough new planet”.

This upsetting realization is also conveyed in the brilliant, but chilling and unsettling,recent documentary“Before the Flood”, featuring and produced by the American actor and climate change activist Leonardo DiCaprio. The documentary, which is available to watch for free on YouTube, is compulsory viewing for everyone, especially for young people, who will be bearing the brunt of the world’s lethargic, collective inaction on climate change. The documentary, which portrays the various ways in which climate change is already impacting different regions and countries around the world, along with skilfully weaving in an intelligent, unbiased and insightful discussion on the socio-political aspects of the issue, is also an urgent and passionate plea for immediate global action to combat climate change. Earnest and genuine in its appeal, it resonated with me specifically, because while it acknowledged that climate change is a complex political issue, owing to both the internal and global dynamics of energy production and consumption unique to each country, it also convincingly conveyed the point that the time for discussions and deliberations is over. The science on climate change is settled. What matters now is what we, as a global community,are going to do to not only reduce carbon emissions and prevent further warming of the planet, but also how we plan to prepare and adapt for the consequences we confront because of an already warming planet.

Moreover, on a more personal level, this documentary also reminded me of my own frustration and struggle with comprehending the complexity and gravity of this issue, back when I was in college, almost 10 year ago, now. Though I had no problem in understanding the science and rationale behind the phenomenon of climate change, what took me time to accept and come to terms with was how demanding it was to take this problem seriously, and then pledge to do something about it.The task became even more daunting and challenging when I began to understand feminist politics, and the nature of intersecting oppressions, which enabled me to view climate change not just as a problem limited to climate science, but one that fundamentally questions the foundation of human civilization, and our collective commitment to the goals of equality and justice. Therefore, gradually, for me, addressing climate change, in addition to being mindful of my own carbon footprint, also meant addressing the problem of gender, racial, and reproductive injustices, now clubbed under the umbrellaterm — environmental justice.

So, as a young woman and as a feminist, combating climate change has entailed, for me, not only being conscious of my carbon footprint at an individual level, but also constantly locating the issue within my work and activism on reproductive rights and justice. For instance, at the individual level, I am a vegetarian (your carbon footprint is smaller if you don’t eat meat), I travel using public transportation as much as possible (I also generally don’t like cars, which makes it somewhat easier), plus I don’t want to have kids (additional carbon footprint, along with being unethical for reasons I mentioned previously in this essay). In my work and activism, on the other hand, I ensure I understand how climate change can have a profound impact on women’s right to exercise control over their bodies and fertility (which is under constant threat already), especially in relation to controlling population growth, which is often cited as a (flawed) way to address climate change.

None of this is always easy, however. In terms of individual-level action, my gender and socio-economic location can sometimes prove to be at odds with my climate change activism. For instance, something as simple as taking the metro at night can be an anxiety-inducing process, given the hostile and unsafe public spaces that women face during all hours of the day, but especially at night, in most Indian cities. And therefore, to prevent that hassle, I am often compelled to choose taking a cab home, thus impacting my individual carbon footprint.  Similarly, in my work, it can sometimes be a challenging task to incorporate the climate change discourse, given that climate change still often doesn’t feature as a subject of discussion and deliberation in feminist circles in India. The intersectional approach, for example, that is required to relate action on climate change with the broader struggles of the feminist movement in India continues to be largely missing, perhaps because climate change hasn’t been a point of political debate or contention here, unlike say in the United States.

However, just like we say for feminism, I strongly believe that in climate justice movement, personal is political too. And though in no way am I endorsing the view that individual action can alone solve the climate change crisis we confront today, given that we are fast approaching the tipping point for dangerous global temperature rise, whichabsolutely demands a broader structural change and committed political action, I do believe that our individual action in terms of being aware of, and limiting our carbon footprint, while also being politically engaged on this issue can contribute significantly in combatting the climate change crisis. This, of course, like feminism, also demands us to be aware of, and acknowledge our various privileges, which directly enable us in many ways to afford a more carbon-intensive lifestyle compared to the lifestyle of others, located differentially owing to the lack of those privileges.

So, coming back to the documentary, it was also quite admirable to see Mr. DiCaprio use his privilege to talk about climate change, and really urge us all to sit up and take notice, and to speak up and act. And like him, if we all do what we can, based on our positions of privilege, however small it may be, whether at an individual level, within our communities, in our work, and/or through political activism, we can collectively ensure that those who are most vulnerable and have done nothing to contribute to this crisis are protected from its worst impacts, along with ensuring that our future generations aren’t left unprepared to deal with a problem of our making.

We, therefore, have our work cut out for us. Let’s get started.

Author: Surabhi Srivastava is an intersectional feminist, and a reproductive and climate justice activist, currently based in Mumbai, India where she runs the Voice Your Abortion Project — a platform for women to share their abortion stories and experiences, without any judgment and stigma.